Before we proceed to practical examples, I would like to stop and make an important – if not the most important – point. Photo processing, of which raw conversion is an integral part, is just one component of photography. A key component, maybe, but not the only one. There are many factors influencing the way the resulting image looks: artistic intent, composition, lighting, original colors, setting, etc. A well-shot picture will probably look good after any more or less adequate photo processing. But will it be enough? Iliah Borg, reflecting on his unmatched experience in photographing museum art, once said, “Masterpieces are resistant to reproduction.” To some extent, this is true: the Mona Lisa is still the Mona Lisa regardless of the quality of the reproductions you may see online. I am not sure, however, whether Leonardo da Vinci would be very happy with the results of Google image search for the picture (fig. 21.1). Similarly, we will have no trouble recognizing a Paul McCartney song when it’s set as a ringtone – some people will even sing along – but wouldn’t it be nicer to listen to the same track in better quality or live at a concert? When we talk about fine art, we often ask, “Have you seen the original?” Because the original may have nuances that cannot transcend reproduction, like the texture of the canvas or brushstrokes. The size of the painting, our vantage point, the surrounding context, the lighting, the size of the viewing hall – everything is important when it comes to image perception. Even background noises and smells make a contribution.

Any piece of fine art is better viewed in the original. There are works for which any other type of viewing is a guaranteed failure. Consider the case of Rhein II by Andreas Gursky (fig. 21.2). A work by a German photographer, this picture broke the record for the most expensive photograph ever sold when it was auctioned for $4.34 million at Christie’s in New York on October 8, 2011. 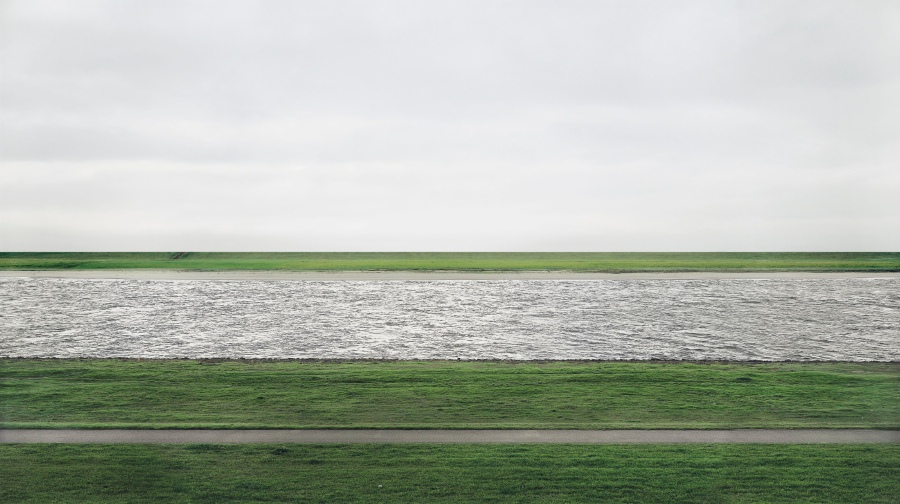 At first the image looks boring, simple and unappealing, and certainly not worth four million dollars. In reality, however, we cannot make any conclusions about the original, because the only thing we have is a much smaller reproduction. As an artist, Gursky specializes in producing larger-than-life, highly detailed images, which he shoots with a 4 x 5 large format camera, scans, pieces together and then processes digitally. The original print of Rhein II measures 185.4 x 363.5 cm; any discussion of its artistic value conducted by those who have only seen a tiny online reproduction suddenly makes very little sense.

“God is in the detail,” as Aby Warburg used to say. Since then, this catchphrase has been transformed and God has been replaced by the Devil, although the meaning still remains the same. Even the most brilliant and creative ideas will flop if you don’t pay enough attention to detail. The fine minutiae of reproduction can ruin or, on the contrary, improve your perception of the entire work. Michelangelo once said, “Trifles make perfection, but perfection is no trifle. In photography, developing and processing are “trifles” which greatly influence the outcome; yet still do not fully determine it. In terms of color, for example, subject, lighting and setting are far more important. “In other words, what is being shot and how it is done have more influence on the resulting colors than post-processing. A badly made photograph will not become a masterpiece in post-processing (unless it is recontextualized in a digital collage or redrawn, but both these techniques fall outside the scope of this book), but a badly done post-processing will spoil even a masterpiece.

Post-processing is to a photograph is what cutting is to a rough diamond. A great cut makes a great gemstone, a bad cut brings the value of the diamond down, but if a rough diamond is opaque, even the best cutting will introduce only a modicum of clarity. Your artistic intent, your subject and lighting setup together constitute the rough diamond from our analogy. Your resulting image can become a gem. The quality of the gem will depend both on the quality of the rough stone and on the quality of the cutting. Diamonds, as you know, differ in shape and size, but also in color, ranging from yellow to colorless stones, which are the most expensive. No degree of cutting will render a yellow stone colorless, while a colorless diamond often requires a very basic cut.

Once, travelling in Burma, I shot a picture that was both unusual and pleasant, and its colors looked nice across platforms: on the preview screen of my camera, in the OS preview and in Adobe Camera Raw set on default. This was the unusual thing about this particular shot: it looked perfectly balanced, color-wise, from the get-go, before any post-processing was applied to it (fig. 21.3). 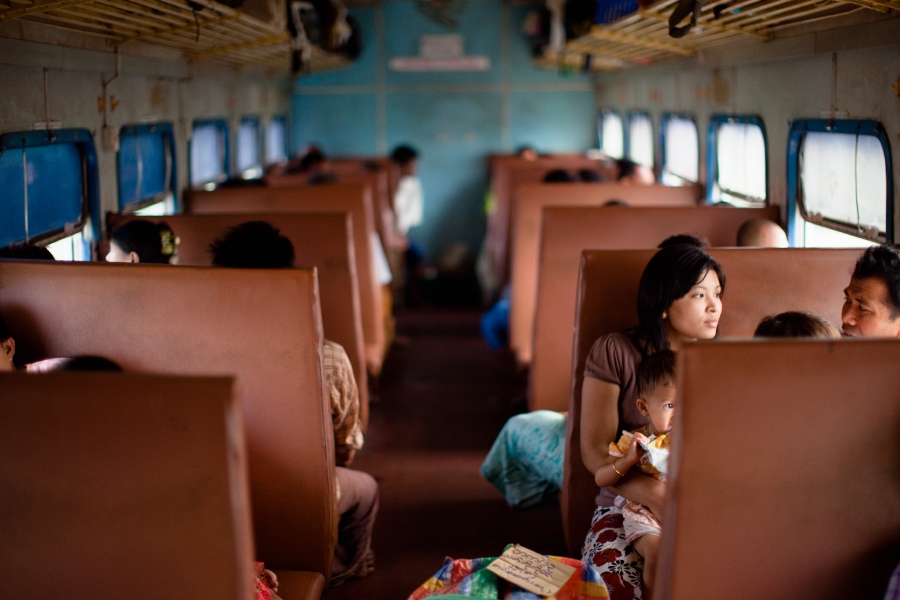 Several years have passed since that shot was made; I have learned a lot and changed my approach to photography, but this image is still hanging on my wall, and I still find its colors and the movie-like quality very appealing. The photograph was developed using ACR converter set at values very close to default ones, so what’s the secret? It’s in the “rough diamond”, i.e. in the original color and lighting of the subject. I remember walking into that train car and holding my breath, because it was so beautiful there; I felt like I had walked into one of the Wong Kar-wai movies. Later, analyzing the image, I understood what made it so attractive. Note the color of the windows: to the left, the windows are shaded blue; to the right, they are left transparent. Take a soft, mixed light, add a pleasant chestnut shade of faux-leather upholstery and a shallow depth of field of a 50 mm lens (with aperture set at f/1.2), and you will be able to “paint” the image rather than “take” it. A lot of its appeal is determined by the mix of temperature in the sources of light. From the left, the light is blue. From the right, it is seemingly transparent. In post-processing, when I normalized the white balance using the people’s faces as my reference, the formerly transparent light became warmer and mixed with the colder shades of blue light from the other side of the car – not making them warmer, but binding the entire image together.

The color harmony of this picture is so obvious that very few changes were introduced at the stage of raw conversion, and the viewer does not really feel much “digital aftertaste” here. Would I have further improved the image had I developed it with RPP? Definitely. But the original lighting and colors are so expressive that the influence of the converter would have been minimal and thus less noticeable (not invisible, though: the original raw file would have been a little green-tinted and in need of a contrast boost). The more visual experience you have, the more demanding you are towards color balance and the more differences you will be able to notice. Yet if the original shooting and lighting conditions are expressive enough, you will notice significantly fewer post-conversion changes.